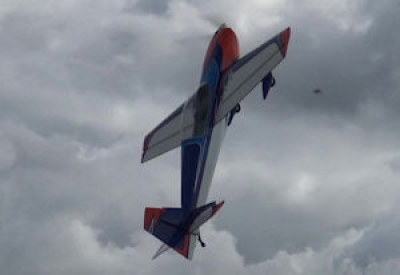 Early October and the weather is fair for a while yet so the field gets as much use as possible.  Jon Tappin starts his day at the field with some aerobatic and 3D flying with his Extreme Flight 85 inch wingspan Extra.  Smooth rollings, tumbles and hanging on the prop. Powered by a DLE61 blowing through a MVVS canister muffler.  Such a spectacular thing to watch with not much room for errors.  Jon was unaware that I had the camera running although I originally wanted to set up the white balance in readness for a another member's Jet maiden later  in the day. See MIG 29

My 5 year old Super Chipmunk "Pennzoil" from Apache Aviation now supplied by SLEC had always had...

After many years of procrastinating I'm finally building a Phase 5. Designed in 1978 this model is...

Wimborne Model Aero Club holds many activities and events through out the year at our Cashmoor...

With the Covid-19 creating a lockdown I now find the time to build a few more projects that have...