Jon bought the airframe 2nd hand, it had previously been registered through the LMA scheme at 21.5kg, but he wanted to try to get it under 20kg as lighter always flies better and it avoided the complication of going through the LMA inspection scheme. A friend who also has one, suggested Jon does a mod to move the engine forward from it’s standard position behind the centre of gravity, to in line with it, moving it forward around 300mm.

This turned out to be a lot of work, but resulted in removing over 500g of lead from the nose to get it balanced. Final finished weight was now 19.8kg. Following the test flights on the 31st August in the film Jon decided to add another 100g of lead as it was a little too tail heavy, so the model is now at 19.9kg.

During the COVID-19 1st lock down I eventually got motivated to build a copy of Wolfgang Matt's Rubin. This is the model that he won the European Championships with in 1992 and 1994. A few clicks of aileron trim and a bit more elevator trim was needed. There was a strong cross wind so it was difficult to slow it down for landing.  Maidened May 2020 at WimborneMAC field. 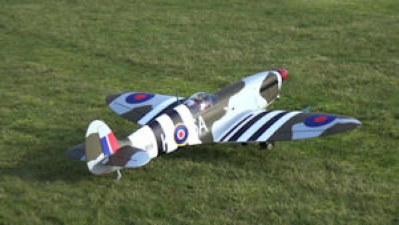 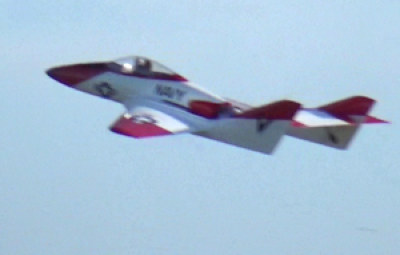 New member Phil Mackie of Wimborne MAC flew his BVM BobCat at our Cashmoor field for the first time on the 18th January 2020.  Although quite cold there was a great blue sky with high light cloud to fly across. He had an excellent flight and made an excellent landing after a trial landing approach.

Turbine Power is a JetCat 160. Goes like a scalded cat!  At cruise power the engine is very quiet and the plane flies very stable.